Show Must Go On While Social Distancing -updated 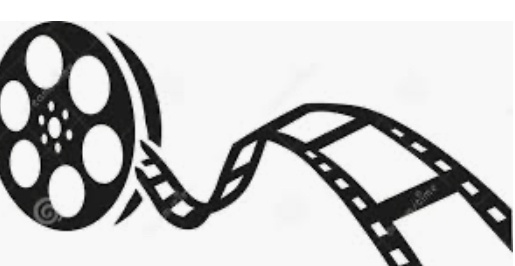 Hi everyone I have updated last weeks blogpost with relevant shows to watch as of this week.   Hope you enjoy reading and streaming this weekend.

If you love theater like I do,  I have been overwhelmed with the amount of content available to watch while being socially distanced at home.  Whether you have a home theater or a laptop there are new shows that are both live and previously recorded posted almost daily on YouTube and other media streams.  I started to keep a list of these and wrote a a blog about this which I will update on Fridays.  Links to these shows are BOLDED IN BLUE.

(please note: This is an update to that original post "Live Stage Front Row Seats" which also shares other live streamed events including concerts, the MET)

Andrew Lloyd Webber shows stream free on Friday nights at 7pm and are up for 48 hours only.  This weeks feature is Phantom of the Opera.  To watch click here   For future shows you can also check this site.

FOCUS FEATURE MONDAYS: Through the end of April we can enjoy long weekends as the art-house producer/distributor Focus Features will stream a film from its library of releases on its Facebook page every Monday. (There’s no charge, but there’s a link to the Entertainment Industry Foundation’s COVID-19 Response Fund.).  To stream click  Facebook

Lionsgate Live! A Night at the Movies!

Join host Jamie Lee Curtis and special guests for an interactive event with real-time chats, movie trivia, challenges and more.  Every Friday for the next four weeks Lionsgate's will have a free livestram of their most popular titles starting with The Hunger Games, followed by Dirty Dancing, La La Land, and John Wick on www.youtube.com/lionsgatelive at 9PM.

Stars in the House: hosts new shows daily
Showtune savant and SiriusXM host Seth Rudetsky (Disaster!) and his husband, producer James Wesley, are the animating forces behind this ambitious and very entertaining new series to benefit the Actors Fund. Twice a day, at click here for latest  2pm and 8pm, they play host to a different theater star for a live, chatty interview interspersed with songs. (Rudetsky is an expert at sussing out good stories.) Dr. Jon LaPook, the chief medical correspondent for CBS News, provides periodic updates on public health; surprise virtual visitors are common as well. The guests at today’s matinee edition are Sharon D Clarke and other actors from the suspended Broadway revival of Tony Kushner and Jeanine’s Tesori’s beautiful and profound 2003 musical Caroline, or Change.

And from the NYT sharing:
Lady Gaga Leads a Superstar-Studded Special
Saturday at 2 p.m. digital broadcast; 8 p.m. television broadcast
It doesn’t get much bigger than this. On Saturday, Lady Gaga, Elton John, Taylor Swift, Billie Eilish, Stevie Wonder, Jennifer Lopez, Oprah, Paul McCartney, Kacey Musgraves, Lizzo and dozens more stars will be joining together for “One World: Together At Home,” a Global Citizen and World Health Organization special event in support of the fight against Covid-19. The broadcast will also highlight stories from health care heroes around the world, with messages of gratitude from those they’ve treated.
When: Streaming at 2 p.m.
Where: YouTube, Facebook, Amazon Prime Video, Instagram, Twitter and Apple

A Live Reading From the Billie Holiday Theater
Saturday at 8 p.m. on Facebook
The Billie Holiday Theater is hosting a special online reading of the James Sheldon play “Reparations,” which tells the story of a recently widowed white book editor who invites a younger black writer to her apartment. The show was the centerpiece of the theater’s fall 2019 season, and a majority of its original cast will reunite for this reading, including Lisa Arrindell Anderson, Kamal Bolden and Gys de Villiers. Last year, The New York Times called it “a play that turns expectations on their heads.”
When: 8 p.m.
Where: The Billie Holiday Theater Facebook

“Tommy Boy” Movie Party
Saturday at 8 p.m. on CYA.live
For the 25th anniversary of the Chris Farley, David Spade comedy “Tommy Boy,” Paramount Pictures will be offering a virtual screening event hosted the film’s director, Peter Segal. (Segal will likely reflect on his experience working with Brian Dennehy, who played Big Tom in the movie. Dennehy died on Wednesday.) Viewers can interact via text and video with other fans as well as with special guest hosts. Tickets are $1.99.
When: 8 p.m.
Where: CYA.live

The virtual Seder streamed last Saturday and was fun for anyone who missed it.  It is still up and worth watching.

FLEABAG the original London Theater Live show the Netflix series was based on will be streaming for 2 weeks on Netflix for a $5.00 donation to charity .  for more info click HERE.

Wendy grew up in the MetroWest area of Boston and has been a Realtor for over 10 years now with Coldwell Banker Needham. She loves to write and share her passions about the local community, theater, travel, her dog and much more.  She is now working virtually and would be honored to help with any real estate needs.  She is only a click away.